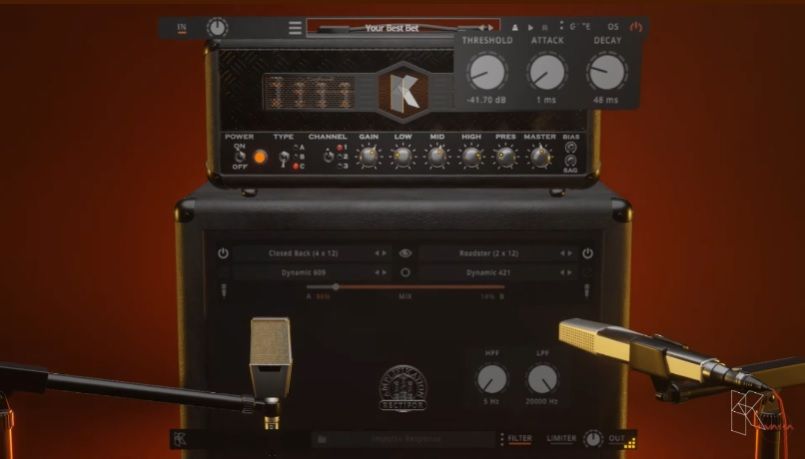 Amplifikation Rectifor is inspired by the High Gain Mesa/Boogie*
Guitar Amp It’s the fifth product on their range of Guitar Amp Simulator products
which utilizes their 3rd generation of circuit modeling technology,
proved to give a satisfying dynamic response from the amp tone generated.
It’s also the first to implement Kuassa’s next-generation user interface.
Streamlining the process of operating the plugin for users with a cleaner, sleeker interface.​
点击展开...

Speaking about guitar amplifiers, there is one name that is highly regarded as the staple of high gain tone: Mesa/Boogie*.
Historically renowned as the first boutique guitar amplifiers, Mesa/Boogie* changed the face of music with their rectifier design.
This amp is not only known for a single sound character but it delivers a wide range of tones
- from rounded jazzy cleans, warm crunch, biting overdrive and thick high gain distortion.
What was interesting about the rectifier series was how players of heavy music
such as Tool, Soundgarden, Incubus, HIM, Linkin Park, Avenged Sevenfold, System of A Down,
and countless others adopted the boogie tone.
It’s probably safe to say that Mesa/Boogie* had a big contribution to the evolution of the music scene
since the release of Dual and Triple Rectifier in the early 90’s.​
点击展开...

Kuassa developed and carefully modeled the rectification design
to present its sound and performance to your desktop as the Amplifikation Rectifor.
We also improve the entire user interface to bring maximum experience for our users.​
点击展开...